The Elysium was a base founded and led by Kyr0. It was founded in July 2019 and blown up in December 8th, 2019. The base was started when Kyr0 was a new player who really didn't know much about 2b2t, but over time grew as his friend circle expanded and he himself gained more and more skill.

The base started with the main glass sphere you see in the picture. All the glass in the top half was smelted by hand as Kyr0 didn't know any active dupes at the time. Afterwards, Kyr0 made the structure at the bottom but was reluctant to finish the bottom half of the dome due to it being a challenge to build circles in Minecraft in general. However, it was completed a few months later after much of the other base was built.

During this time many smaller builds were made including the relatively famous library. The library was a collection of books from classical literature which Kyr0 thought were interesting. Some of the public domain works which were included were, "The Art of War", "On the Origin of Species" and a literal copy of the Bible. All of which Kyr0 found interesting and using a script he made as a project copy+pasted into Minecraft. This was then found by Redstoner___, another player, to be able to crash the server by simply opening the chest with the bible repeatedly. The bible was used to wreak havoc for 2 days, but this was soon patched, bringing back book banning, which leads more into the Book Club's history, which Kyr0 disassociated with as he disapproved of intentionally crashing the server and messing with the integrity of the server. Overall, this was considered a fun time for the base and many people were invited only to be left in awe of the builds. "We all had a good time, talking about everything, 2b2t related or non-2b2t related."

Kyr0's player page has a more in-depth timeline of lots of events at the base. If you're interested, click here.

Unfortunately, as with all habitats in this wasteland, the base was griefed by its own members after being leaked on other peoples maps due to a map reset. But the members have already began work on a second base with many improvements over the first. 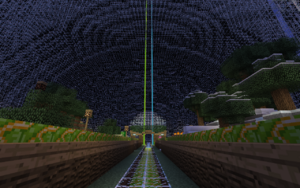 The biomes Inside the main dome 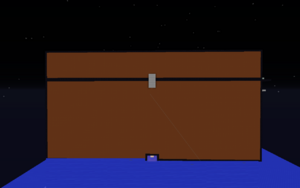 The MegaStash as viewed from the outside 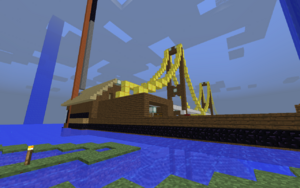 The Bridge Being completed next to the old Terminal 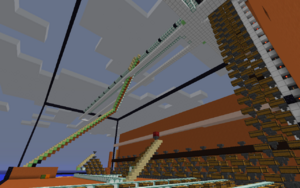 The interior of the MegaStash Circa October