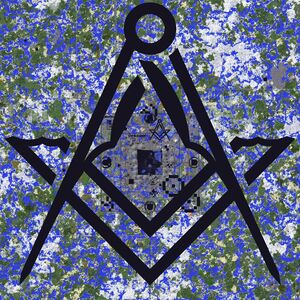 Render of The Masonic Eclipse

The Masonic Eclipse was an event organized by the SpawnMasons to build their logo out of obsidian in the sky of spawn, larger than all the other symbols. It was completed in December 2019.

The symbol has a total of 28,154,762 obsidian blocks and was built in 8 days and 3 hours using modified baritone bots. Here are the leaderboards, going from most placed, to least placed:

Fun facts by the builder leijurv:

This symbol cuts through many spawn symbols such as that of the Infinity Incursion and the Vortex Coalition, causing many groups to hate the logo for this reason.