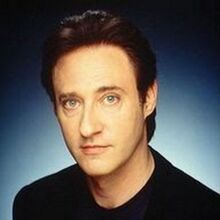 c1yd3i is an midfag who joined sometime in early 2014 and was interested in programming.

Around early 2014, a Facepuncher named KnightVista, told his friend c1yd3i of a server named 2b2t. In late 2014, he met Rustle_League while Rustle was tripping on acid and befriended him. The two decided to travel as far away from spawn as they could, until they got bored at least. Somewhere in the millions, c1yd3i and Rustle_League started construction of The Kool Kids Klub where they eventually started to invite new players to the base. Eventually, the base was griefed as it was very close to the highway. This lead to the former members to join Valkyria in which c1yd3i participated in the Third Incursion.

Awhile after Valkyria disbanded, c1yd3i griefed New Niggintown and started to become a notorious griefer on the server. As he became more infamous, he began hanging out with notorious 2b2t players like iTristan, C4RTM4N, and fr1kin. He later joined the Tyranny.

During early 2016, he had a bit of an argument with James_Rustles due to him having a hacked client known as Vapid, in which it allows c1yd3i to discover player's coordinates. c1yd3i accused James_Rustles of stating that he was "hacking" people with complex Java scripts which made people's computers' vulnerable and running viruses on his web server, however James_Rustles denied this by saying that the only thing he said was that the client allowed him to gain coordinates.[1]