The DonFuerian Empire (or simply DonFuer) is an ideological group that was founded by D_loaded. DonFuer is both the name of the group, and its series of flagship bases. The group works to promote building, and builders all across 2b2t. Its one of the only major groups on 2b2t to have been founded off the server. As of 2020, DonFuer has been revived and has had several bases and new members.

The name "DonFuer" was supposed to be a German translation of the phrase "Father's Gift." Although the translation was faulty, the name stuck. The name is used both for the group and its series of flagship bases. It is also an anagram of the word "Founder". 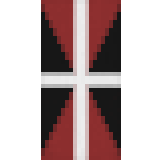 The group has existed since August 2013. It has spread its influence across different servers. and has had 21 different Capital Cities throughout a myriad of Minecraft servers, particularly anarchy or faction servers. It was brought to 2b2t by The Vortex Coalition. The Supreme Leader of VoCo, Coltsnid, had appointed HermeticLock as an executive member of the group. Herm was friends with D_loaded and suggested to Coltsnid that they recruit him into VoCo to build a large city for the group. Colt went with Herm to the 9th DonFuer on another server, and convinced D_loaded to join VoCo and build a city on 2b2t.

The tenth city was founded on December 11, 2016. It stood for just over one month until its coordinates were leaked by Coltsnid on January 14, 2017, due to the group's claim to be responsible for "The Fall of VoCo". 30 minutes later, Babbaj arrived at the city and attacked, turning the city into ruin. The 11th city was abandoned before completion because Hermeticlock was starting the SpawnMasons. The 12th DonFuer was ended on July 10th, and griefed on 9/11, along with Don Meer, Don Hoggal, and Los Garr by Llane. Later on, D_loaded ended up in some drama with the Sixth Incursion, prompting him to have to leave 2b2t, and take the group with him.

DonFuer continued on other servers, until of March 2020, when D_loaded reconciled with most of the people from then and rejoined the SpawnMasons. He joined the base COVID-2147 in April 2020 which he built much of, until its grief in May 2020, when he began calling it DonFuer 18. The grief was controversial due to it being a staged event between HermeticLock and D_loaded to get DonFuer into a FitMC video, without consultation with base members.

After DonFuer returned to 2b2t in 2020, back from a hiatus, a new spawnbase was created it was leaked by fr1kin within a span of days. A new oriental themed base, Karakorum, was built over the span of three weeks, from September 16, 2020, to October 9, 2020. It was found using a world-downloader coordinate exploit where region files remained of the base when another download of a different base was shared. It was griefed by the Backstreet Boys, but not before FamilyPumpkin6 saved most of the items there and self-griefed before they could close in.

DonFuer 20 was founded on October 27, 2020, and lasted until March 13, 2021, It was the largest DonFuer up to that point, and featured a large castle with a netherack roof.

After its destruction DonFuer 21 was founded much farther out and had a focus on more modern buildings. It was griefed on June 1, 2021, by Team Rocket.

Its members (the DonFuerians) are able to participate in city functions without worrying about other groups.

DonFuer has several custom-made hacked clients, however, many of these are for non 1.12.2 versions. The latest update to these clients was by dragonworm, updating them to 1.15.2. 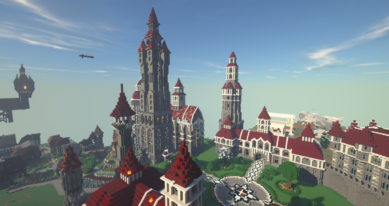 DonFuer is also known for hosting semi-public building contests with 2b2t players. Which the group livestreams on its youtube channel. Contestants build for an hour and a half, and compete for various prizes such as prio-queue or discord nitro. They also have on well known comunity members such as Hermeticlock as guest hosts.

The group at one of their many building contests

The group itself has a self-governing division named the "Donfuer Spawn Rangers" that takes care of actives around spawns mostly dealing with spawn bases and other events. The idea was partially inspired by the Spawnmason spawn division. This Division was started in Early December 2020 by aodrael and D_loaded around December 9th. over drama of a certain member, aodrael confronted said person over killing fellow members, and aodrael proceeded to bother said person, the elder council decided to remove aodrael, due to these reasons. The branch is now doing well and is led by Zeiss.

Donfuer has had many cities over the years on 2b2t, if you would like to visit them for your self you can visit the competed bases on the Archive server (thearchive.world), or download them here.