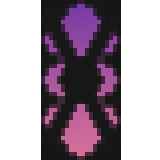 Team Aurora is a team that was started on September 1st, 2016, towards the end of the Rusher War. The team was made by NedaT as she was kicked out from the Resistance because she ended up being a Team Veteran spy. The team is essentially composed of members who have been kicked out of other groups and defectors (ie: PandaMC (from Peacekeepers), Neda T (from Resistance), and PvP_Comboz (from Resistance)). During the Rusher war, the group was Pro-Veteran, but has since moved away from either side.

Neda T was kicked out from the Resistance on August 19th, 2016, due to her giving the coords to the dupe base that was destroyed by the Veterans during the 4th Incursion. She did not go and join Team Veteran after she was kicked out, but rather went solo for a while. She eventually decided to create Team Aurora on September 9th, 2016. Eventually, she began recruiting people like Faroaman and Chloe2k15. She also accepted PandaMC, who was kicked out of the Peacekeepers and invited her Resistance comrade PvP_Comboz. Aurora would not be the Aurora we know today if she had not invited Brayin, who everyone describes as "everyone's favorite homo". Her group became very close to Team Veteran as Neda posted several videos with Fit in them and essentially became a "Vet" subgroup. The team has also attacked Rushers during the Rusher War. Despite this, they continued to have a close relation with TheJadhya (who was, if not the most, fanatical Rusher ever). Eventually, due to criticism, TheJadhya moved his Guardian Rusher subgroup away from Team Aurora declaring themselves neutral with them as long as they don't attack Rushers.

During the waning days of the Rusher War, NedaT began to focus her team's attention on the 4th Reich due to a grudge she had against them during her Resistance days. The two teams even fought with each other right in front of Fit during the "Post-War party" that Fit started. Her team played a major role in the Three Way War against the 4th Reich and Peacekeepers. Since TheJadhya left to create his own group, he gained the freedom to be close to Team Aurora. Eventually, Team Aurora began opening their doors to new members, as they were originally a private group, as the conflict increased.

In August of 2017, one of Aurora's members (Brayin) decided to create a sub-group of Aurora alongside his friend, Da99thWolf. The team was formed so that Aurora could reach out to other players without having them be directly in Aurora. Rainbow's morals and ideals on 2b2t are very much the same as Aurora.