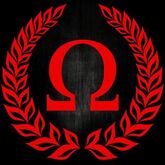 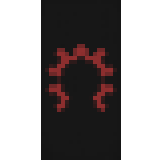 The Emperium is one of the more prominent groups on the server, gaining the spotlight after the decline of the SpawnMasons and the Peacekeepers during the summer of 2017. Founded by TheDark_Emperor, The Emperium grew slowly, as they insisted on being exclusive. The symbol of the group is the Omega, the last and 24th letter of the Greek alphabet.

Sigma rank is the recruit rank of the discord. Delta rank is considered a high up member and the Deltas are highly respected in the Emperium. Omega and up are the leadership of the group and to get Omega you usually have to be in the group for around a year or more. Alumni rank is for retired/extremely inactive members of the group.

Back around December 2016, TheDark_Emperor created The Emperium. It grew fairly quickly after a quality member base was formed. The base known as "Arrowhead" became the centerpiece of the Emperium and established a hopeful future on the server. Currently, the Emperium is one of the largest groups on the server, maintaining almost 50 active members

Some of the more notable things the Emperium has accomplished is an insiding of the Peacekeepers that directly caused the creation of "The Order of Lucifer" (a small 15-20 member group that seceded from PK after Ericudo's inside attempt).

When the Emperium was first founded, it was mostly only a building group. Several bases were made that are still around today that the Emperium takes much pride in. As time began to progress, however, the Emperiums main focus started to shift from just building, to other things, including trading and deals with groups like Singularity and Team Coca Cola. This involvement with other groups started to get their name out into the faction community.

However, when the Peacekeepers became active around spawn during the summer of 2017, the Emperium retaliated. Several battles ensued, both sides receiving its own share of victories. During this fight, The Emperium allied with the newly seceded group "The Order of Lucifer". Lucifer for the most part was unaware of the Emperiums involvement in their secession. The conflict began to die down as the number of active members in the Peacekeepers also died down, and the Emperium largely returned to just building bases (including a large obsidian outpost around 2000 blocks from spawn during when the Spanish youtuber joined) and dealing peacefully with other groups.

The Emperium nowadays has stuck to what has kept it active and successful, building bases with members that it can trust and dealing with other groups when it needs to, this includes major contributions to the creations of the United Group Embassy. The Emperium currently is over three years old.

Back in around October-November of 2017, the Emperium decided that it needed a base to test some of its newly semi-trusted members. The base originally housed only 4-5 people. These members built the foundations of the base.

After a few months, the base's purpose evolved. The small amount of people invited quickly grew to around 10-15, and the base rose in stature and design. Unique builds began to shape the area and each persons individual project marked Empire's Edge with their own forms of creativity. The base quickly grew into the largest and most active base in Emperium history, with 18 people having been invited.

The main capitol building, by TheDark_Emperor

Around March of 2018, the base hit its highest amount of activity with over 10 people online and helping build at once, leading to larger builds. The base notably lacked a connecting theme between builds.

Storage for builds and duped items

On May 17th, 2018, the base coords was leaked to the reddit. Emperial members quickly got online and removed the various amounts of equipment and duped items that were there as fast as possible while several other members guarded the highway to the base itself, holding off anyone who may want to attack the base before it was cleared, before the Emperium destroyed the base themselves.

"Arrowhead", a recreation of the first Emperium base

The Slaughter of Visionary[edit | edit source]

The small group previously known as the Visionary Organization was the first major group to directly challenge the Emperium. Their leader, Sinatra, was fond of a discarded Emperium member known as Simplybob. Simplybob was salty over the constant harassing and theft when he interacted with Emperial members so he convinced Sinatra to have a hostile attitude towards the group. After being insulted and kicked from the discord, the Emperial leadership at the time came up with the idea to inside Visionary through various tactics and force them to disband. In about two weeks, coords were obtained and they set out to grief their sub-tier capital. A few days later the second pair of coordinates were obtained and a second base was griefed.

The Vortex Coalition and the Emperium were often hostile. Initially they both for the most part just ignored each other, but tensions rose to a much higher level after some deaths at spawn and a few words thrown around caused both sides to begin a full on conflict. On December 21, 2017, VoCo took the first step and declared the "Vo-Perium" war. However there is more history than just two groups not getting along.

On January 23, 2017, a group named "Singularity" was born, spawning after the second Phase of VoCo came to a close. Many members of VoCo had felt that the group they had grown with had become simply a bad meme and split off from it, creating Singularity. After Singularity was formed, they allied with the Emperium (sometime in late February) and brought with them a general disliking towards VoCo. This distaste heightened even further after American Oreo threatened Singularity's leader "HolyBruhBrine" with his dox, forcing him to leave the server. Most of Singularity's members left the disbanded group and fled to the Emperium.

Despite these events, the Emperium still didn't actively try to destroy VoCo. For the most part, they just bought time and continued to gain strength until they could do so.

This changed when Coltsnid and TheDark_Emperor began bad mouthing each other, which quickly resulted in conflict. However, after about a couple weeks, almost nothing had been done. VoCo released videos of the destruction of Emperial bases, though they were crappy and weren't used and Emperium blew up a couple small VoCo outposts, though for the most part nothing had been done. This awkward standoff lasted around 2 weeks, both sides unable to do any real damage to the opposition. Eventually both sides began to give up and with the catalyst of a formal apology from VoCo relating to the dox threat from months prior, both groups put aside their differences to make VoPerium alliance.

Eventually, despite not having started as the closest of allies, the Vortex Coalition and The Emperium formed the powerhouse alliance known as "VoPerium". This was initially meant to reduce tensions between both sides, but after seeing how well both sides meshed together and cooperated, an official alliance was made, thus creating one of the most powerful forces ever to walk on 2b2t.

Due to miscommunication and VoCo members creating drama, the VoPerium alliance came to an end on the 26th of June, 2019.

About two weeks prior to the Vo-Perium war (around early December 2017), the Emperium formed an alliance with two newly formed groups known as "Inferno" and "Asylum". Around this time, the Emperium was actively trying to form alliances with smaller groups and help them grow and protect from potential attack.The Emperium connected particularly quickly with Asylum, forming friendships and even sharing members as their alliance grew stronger. This was not the case for Inferno. The Emperium quickly began to detest Inferno and their generally immature and annoying attitude, to the point where after about a week into their alliance, several insiders were planted in Inferno.

Within the day, an Inferno base was griefed, causing the Inferno leader, "Racewizard", to side with the Emperium because "the Emperium was clearly the winning side". He then handed over the remaining five main bases of Inferno, all of which were griefed the next day. Around this time, tensions began to grow with VoCo and with Inferno destroyed, the Emperium was feeling confident confronting an old enemy. Although Inferno disbanded, quickly they reformed into modern day Infrared, and immediately officially declared war against the Emperium, starting a war that has continued for eight continuous months.

Although Infrared sided with VoCo in the VoPerium war, they did not attempt to make peace when the other parties decided to. The Emperium's conflict with Infrared continued, and although Infrared was persistent, they seemed almost unable to do any kind of damage to the Emperium. Infrared was constantly losing pvp battles at spawn and getting almost all of their newly established bases insided and griefed, yet they continued. After to formation of the United Group Embassy, the Emperium attempted to make peace with Infrared, inviting them into the U.G.E. Ultimately, it didn't work as Infrared rejected to offer and griefed the collective group embassy base. Although everything valuable was removed from the base prior to the grief, the other members in the U.G.E. mutually agreed to hostile relations towards Infrared.

This powerful alliance of 14 groups and a collective total of 100+ members posed an impossible challenge for Infrared. Although they attempted to inside the U.G.E. through a former ally Unidad, Infrared proved incapable of hurting such a foe. This resulted in the creation of the "Alpha Alliance" made up of the Peacekeepers, Infrared, and Highland. The Emperium who had already helped defeat the Peacekeepers and proved that Highland was no threat to them, didn't require much help from the U.G.E. to crush any hopes AA had of posing a threat. The three already weakened groups could barely scrape together five active fighters at spawn, while The Emperium and U.G.E. representatives broke twenty several days in a row. Even with the collective effort, Infrared proved little match for the Emperium.

Thus begins the Sixth Incursion. With a weakened Alpha Alliance, the Emperium shifted its focus to helping the Incursion thrive. Being the military arm, it provided constant support to the other groups in the Incursion, helping build the wall while also helping kill anyone who attempted to thwart the plans of the Incursion at spawn. The Alpha Alliance took a bold step and attempted faced off against the combined might of the Incursion, but proved absolutely useless. The constant slaughter at spawn and the negative coverage coming from Fit, AA quickly fell. The Peacekeepers grew inactive once more and Highland began to fight with Infrared.

As the Sixth Incursion came to a close, The Emperium attempted to go back to normal activities, building at Empires Edge and creating a new base with recruits, trying to ignore and put aside the prior actions of Infrared. Although the war hadn't ended, for about two weeks, very little happened. That is until The Emperiums "Zeta Base" is leaked by Lex, an insider from Infrared. After nearly six months of fighting, the first negative blow to the Emperium was dealt. Although the way the base was leaked had been easily preventable, it still proved the Emperium wasn't invincible. However, no real damage had been done as the Emperium was able to remove all valuable before the attack.

After this, the war continued once more and over the course of the months until early July 2018. Infrared decided it was in their best interests to attack a VoCo outpost, causing the Emperium and VoCo alliance to strengthen, thus beginning the "VoPerium V Infrared War".

The VoPerium alliance was strong and despite the unneeded help from VoCo, it proved to be unbeatable. Infrared, after just a week and a half of fighting this immense combined power, shattered and was officially disbanded. Ex-Infrared members still hold a hatred towards both of these groups, but they involve mild skirmishes around spawn at the very most. Slowly, the name Infrared faded into 2b history.

The Teutonic Order: Relations are close, with a large overlap in membership.