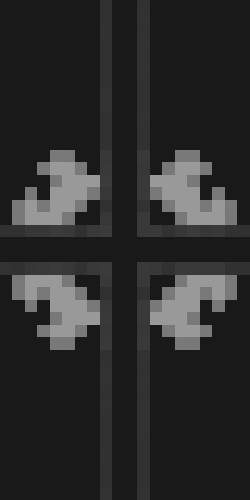 Team Veteran is a community initiative whose "goal" is to eradicate famous YouTubers, with large fanbases, from the server in order to decrease the amount of fans flooding the server and the mass destruction that sporadic newfags could cause. They do this by conducting mass killings of the fans and hunting the specific YouTuber constantly. The group was formed in June of 2016 in order "stop the invasion of TheCampingRusher's fans on the server". However, the group's true motive was later figured out (see controversies). Members were originally called "OGs" by Rusher, until the formation of Team Veteran, which classified them as veterans.

Team Veteran is one of the two main belligerents in The Rusher War, the other being Team Rusher.

It should be noted that Team Veteran was more of an initiative to filter out newfags who invaded the server and are usually associated with incursions and considered a meme, not designated as an actual group or faction. 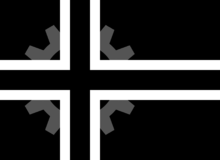 Team Veteran was started on June 16, 2016 by the player Fit as a means of defending against the imposing Rusher invasion by a famous youtuber known as TheCampingRusher, in the summer of 2016. While still in its infancy, Team Veteran was regarded by Oldfaggots as a valid method of destroying the Rushers. However, as Fit's channel grew, Rushers began to "join" Team Veteran, which made several Oldfaggots turn against it. Before the official video, Fit made a video that would launch his YouTube career. He made a video about slaughtering a base of Rushers on the temporary map of 2016, along with Babbaj and jared2013. This video would later become recognized as the video that started the war. By the time Newmape 2016 had ended, Fit had a fanbase of over 25,000 subscribers. With this, he forced Team Veteran upon his subscribers to create a formidable opposition to Team Rusher. Throughout the war, many Oldfags and Midfags participated on the side of Team Veteran.

On October 9th, 2016, Fit officially put Team Veteran to rest as the Rusher War was officially over and the Rusher Era was about to end. However, Fit declared a call to arms on November 25th, 2016, and re-awoke Team Veteran as a French youtuber known as AgentGB, a youtuber with 600k subscribers, posted a video about the server. Fit ordered the killing of any player who speaks french on the server. However, AgentGB never made another video. The group was also put on watch for the Spanish crisis when ElRichMC joined the server. Another time Fit called members Team Veteran back together was to grief Viper Base, a base made by Offtopia, however most say it was just for the money on Fit's YouTube channel. The most recent reawakening of Team Veteran was during the 6th Incursion to wipe out the Antfags that were joining the server due to AntVenom’s video.

As mentioned earlier, several oldfags disliked Team Veteran due to their inclusion of newfags. However, according to Sato86, Fit intentionally did this to create a ruse. The idea was, by making war propaganda videos for Team Veteran, newfags would be under the impression that they were "helping" Team Veteran in the “war”. Sato's point was to use the newfags that were in Team Veteran to regain territory on the temp map as they were losing ground. Once temp map ended, oldfags, independent, and midfag Team Veteran members alike, would begin to slaughter all newfags, no matter their banner. Fit's apparent ruse was also to cause the Rusherfags to turn against each other, causing distrust and less team formation. Oldfags did not care what banner the newfags had so they were all slaughtered.

Whether this was true or not was unknown at the time, however many people probably looked at this as a cover up from Sato that they kept newfags in the group as no oldfag, Veteran, or independent showed any evidence where they attacked a rusherfag with a Veteran Banner. Although, as most rusherfags were poor in both resources and intelligence to actually make the banner, Veteran sympathies right were probably slaughtered. Sato has said that not all oldfags were in this ruse during temp map. This may have also been a cover up for the long belief that the group was actually a meme and was used to fuel the war, meaning the group actually welcomed newfags.

As stated, many believed during the war and afterwards that Team Veteran was founded in order to encourage the war and make it a publicity stunt, rather than solely being out to eradicate the Rusher threat. This also caused oldfags and midfags to move away from Team Veteran as the group wasn't truly out to hate Rushers. Post war, Veteran leadership later implicated or blatantly confirmed this as without the war and the publicity it brought, the server may not have recovered from the backdoor crisis before the war. Whether or not the group was simply always a meme, it cannot be denied that people had a general dislike for the rusher floods and that many were massacred and followed the original intention of Team Veteran to get the rushers off the server.

In recent history, Team Veteran is highly looked down upon as the initiative is highly ironic. The group has barely any oldfag support with most of the actual Veterans long departing from the group. Even Sato86 and Offtopia, two of the three initial leaders, have since loosened ties with the initiative. At this point, Team Veteran is really just used for Fit's click-bait and is essentially a pseudo group that fitfags and "for the meme" people join in order to "fight" newfag invasions.

The Team Veteran banner consists of 3 layers on top of a black banner base. Crafting this requires 1 Black Banner, 1 Oxeye Daisy, 5 Ink Sac and 6 Light Grey Dye. The banner is crafted as follows.

The exact number of Veterans is unknown. Several other oldfags, midfags, and newfags have contributed to the Team Veteran cause. The group is mainly full of newfags now as several oldfags began to give up on the cause and Fit's newfag fanbase on his youtube channel.